Chief Seattle and Joseph Campbell: Dominion and the Dangers of Dichotomous Thinking 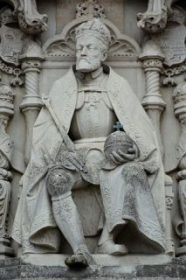 After reading an article about the India/Pakistan Partition of 1947, dominion and the dangers of dichotomous thinking came to mind. Polarized politics is not a new phenomenon. Sadly, once again black, and white thinking is resurging. News is now considered entertainment in some social media circles and truth, an inconvenient causality. Corrupt leaders and politicians have always lied and twisted the truth, so why is humanity regressing again? Let’s s consider the Western definition of the word dominion.

Dominion originates from the word dominium, which in Latin translates to lordship or right of ownership. Owning our experience establishes dominion, which sets the foundation for self-actualization and self-realization. Claiming dominion means taking full responsibility for our creations. Dominion also has an implied definition promoted by theologians, which means “to care for.” They suggest we address our adversities with maturity, by taking another’s’ emotions into account. Unfortunately, this concept has been shown the door by many in power over the years. Joseph Campbell addressed the hierarchical nature of the Western mind and traced it to what some call the dominion mandate mentioned in Genesis 1:26–28, which follows:

Domination and misunderstandings about what dominion is continue to this day. Joseph Campbell in The Masks of God: Creative Mythology said that the Western mind participates in what he called a “mythic dissociation.”[1] By believing that the divine is somehow out there, then mankind has dominion or stewardship over the physical world. Unfortunately, too many people throughout history have suffered from this collective illusion. The concept that the divine does not reside within the physical world is very different from the worldwide indigenous and Eastern traditions, which experience divinity, the natural world and humanity as one sovereign entity. In this world view, good and bad lie on a continuum. We need to see people and the world as shades of grey or in glorious color as an important aspect of the whole rather than black and white that some love and others hate. 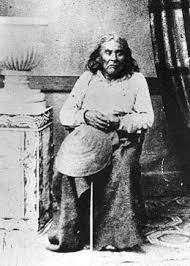 Chief Seattle of the Suquamish tribe (pictured above) gave a brilliant speech in 1854 on the place of humanity within the web of life. The following excerpt of Chief Seattle’s speech comes from the most famous version, after the United States government had just made an offer of land for a “reservation” to his tribe. There are many versions of his spoken reply, but this one provides a clear window into indigenous Native American philosophy about the white man and the Western mind’s concept of dominion.

The earth does not belong to man; man belongs to the earth. This we know.

Man did not weave the web of life: he is merely a strand in it.

Even the white man, whose God walks and talks with him as friend to friend, cannot be exempt from the common destiny.

We may be brothers after all.

One thing we know, which the white man may one day discover, our God is the same God. You may think now that you own Him as you wish to own our land; but you cannot. He is the God of man, and His compassion is equal for the red man and the white.

This earth is precious to Him, and to harm the earth is to heap contempt on its Creator.

The whites too shall pass; perhaps sooner than all other tribes. Contaminate your bed, and you will one night suffocate in your own waste.

But in your perishing you will shine brightly, fired by the strength of God who brought you to this land and for some special purpose gave you dominion over this land and over the red man.

That destiny is a mystery to us, for we do not understand when the buffalo are all slaughtered, the wild horses are tamed, the secret corners of the forest heavy with scent of many men, and the view of the ripe hills blotted by talking wires.

Where is the thicket? Gone.

Where is the eagle? Gone.

The end of living and the beginning of survival. [2]

In terms of dichotomous thinking, the Goldilocks Principle (Shapiro, 2020) has an important additional perspective. In the children’s story, Goldilocks and The Three Bears, a young girl not only stole porridge from the three bears but she only would eat it at her preferred temperature. Goldilocks wanted warm porridge that wasn’t too cold or hot, which she termed “just right.” In ancient times, our most famous philosophers suggested moderation and balance were virtues. Aristotle wrote about the virtue of the Golden Mean, Buddha, The Middle Way and Confucius, The Doctrine of the Mean. For example, Aristotle in Nicomachean Ethics not only analyzed virtue and vice as opposite extremes but also midpoints on additional scales. For example, he placed courage in the midpoint between the extremes of cowardice and recklessness. Aristotle reasoned cowards were dominated by fear and reckless people possessed no fear. Thus, the virtuous way in the middle was courage, which balances fear and prudence with appropriate actions.

We all engage in some black and white thinking occasionally, it’s how often we do it that really matters. This maladaptive cognitive style limits possibilities and promotes distorted perceptions of reality. Dichotomous thinking leads polarization-which simplifies complex realities into opposite ends of a continuum. Unmotivated people unwilling to sit in the middle of complexity mistakenly think they need to make a choice to love or judge when there is an infinite number of possibilities sitting in the middle of every concept. Black and white thinking is often involved in acrimonious relationships, leads to conflict, and has led to the divisive nature in United States politics today.

Some psychologists think that dichotomous thinking is the biggest threat to peace between people, nations, and cultures. Children engage in black and white thinking because abstract thinking comes online between the ages of thirteen to fifteen. This is our ability to think about a thought and perceive shades of grey. Black and white thinking is considered a cognitive distortion and an over-simplified understanding of the human condition in psychological terms if we are an adult. In his article, Finding Goldilocks: A Solution for Black-and-White Thinking, Shapiro suggests we create 10-point scales for the qualities that lie between our opposite extremes to strengthen our ability to find The Golden Mean and The Middle Way. Perhaps, we should all give this idea a try when we rush to judgment or choose to dominate rather than find a way to embrace cultures and people that are very different than us.