Scalar Waves: How Energy Moves Between People (Part I)

This article will explore how energy moves between people and populations no matter how large or small the scale. When James Clerk Maxwell and Nicola Tesla, pictured above, initially studied electromagnetic longitudinal waves, they noticed untapped energy sources that flew in multiple directions at 90-degree angles. Fascinated by this etheric energy source, which isn’t measurable in the physical world, they referred to this energy as ‘potentials.’ Called scalar waves today, the scientific community still debates whether they truly exist.

Energy travels over the space-time continuum instantly through intention, quantum physics and core manifestation principals. Pure passion, focused intention and clarity of purpose, when combined with the mirroring and matching energy from the universe create predictable outcomes. Many people have accepted these first concepts to be true. I will now add some speculative ideas about how individuals and populations could be affected by positive or problematic scalar ‘potentials.’

When focused energy is sent to an individual or group who wants or accepts the energy, a second important event occurs…scalar energy. Its power can be intentionally used for a wide range of positive purposes, such as improving our physical health, psychological growth, and prayer. Scalar waves require two points to initiate their creation, a sender and a receiver. This healing energy wave initially starts to ramp up internally as a focused intentional frequency in the sender. When it’s matched by the desire of the receiver, the second point is created and a scalar wave begins.

Scalar energy can be sent anywhere in the universe, because energy travels over the space-time continuum instantly through intention, quantum physics, and core manifestation principles. Since we exist in an electromagnetic field ourselves, scalar energy can be sent to an organ inside our bodies, to another individual, or to a distant group that wants or deserves the energy. It can heal damaged cells and change matter within our own bodies, or anyone else’s body, for that matter, anywhere in the universe. 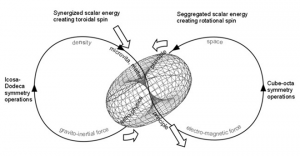 Scalar energy is renewable, green and follows the basic laws of physics. It is the basis for healing through diet, exercise, focused intent to heal, energy work and visualization methods. ‘Potential’ energy initially starts to ramp up, when an individual narrows his or her intention with a laser-like focus. If this energetic frequency is matched by a similar desire of the receiver, a scalar process may occur. Damaged cells heal within our body can heal with dedicated passion, unbridled desire and appropriate behaviors. If our body heals, many call it a miracle or divine intervention and strangely enough truer words could not be spoken.

When our divine nature and the benevolent universe combine forces, mountains can move. However, the basic physics of these ‘potentials’ that Nicola Tesla talked about is predicable, understandable and can be reproduced. Scalar energy becomes stronger and more powerfully focused when the sender and receiver share the same desire. An easy way to understand this phenomenon for people not trained in the physical sciences is to consider that scalar energy basically has a multiplying effect.

All churches, ashrams, synagogues, and mosques benefit from this same principle when people pray together. This scalar multiplying effect amplifies the focused energy sent out and received. This is how small groups of single-minded people can powerfully influence events on earth. Scalar waves are a fourth-dimensional phenomenon that has always existed. Most of humanity has been unaware of how it works, while physicists are just starting to develop theories to understand scalar energy. Future discoveries will change how we understand matter and our conscious relationship to it.

The fourth dimension is a place where time does not exist in the same way as we currently experience it on earth. Manifestation in the third dimension is like the slow tortoise in the mythical race against a speedy fourth-dimensional rabbit. It takes consistent energy, intention, and strict adherence to manifestation techniques to consciously manifest our dreams at this time.

Most people don’t really understand that they are creating their internal and exterior realities, due to the length of time it takes to experience their manifestations. In the fourth dimension, time begins to bend and loop onto itself, which creates vortexes that speed up the creative process significantly. The same manifestation principles apply in both dimensions, but time shortens in the fourth. Who hasn’t felt time speeding up?

Consider the fact that we are fourth-dimensional beings already. Have you experienced a situation where time sped up or slowed down during a peak-experience moment? We’ve always had the power to suspend time, and we created those experiences whether we’re aware of it or not. So consider the possibility that we are more amazing than we think. The time-space continuum and quantum physics phenomenon are real. We can embrace the unknown once the appropriate understanding is achieved.

Time has stood still multiple times in my life, but the following event at our family’s lake cottage stands out as poignant example of a crisis that triggered my first fourth-dimensional experience. When I was a thirteen, a tree leaning over the water at a seventy-degree angle became a test of courage for my group of friends as we tried to slalom ski under the tree limb. It was dangerously shallow under that tree, with rocks ready to greet anyone making a mistake.

One day I took a bad angle as I skied under the tree limb. When my keel hit a rock, my ski stopped cold and I started flying through the air at thirty-five miles per hour. Time stood still as I assessed the situation midair, carefully flattened out to land parallel to the water, and calmly planned my survival strategy. Skipping over the water like a skimming stone, I used my hands and shoulders as shock absorbers. I escaped injury a much wiser young man, with only a few small stones embedded in the fleshy parts of my hands.

Scalar waves explain how and why irrational emotional waves can sweep over an individual, group, or even a country. Some would say that a collective amnesia swept over Germany in the 1930’s, which allowed them to consider a war right after they had been devastated by one twenty years earlier. History is rife with additional examples of hysterical, raging carnage that, upon reflection, seem like collective madness—all manifested through the physics of scalar waves. Currently, our country is rife with partisan politics that is shaking the foundations of our constitution. Perhaps America will re-dedicate itself to its foundational core values and principles that our forefathers envisioned in 1776 in the near future, with the same soul-searching reflection that the German people did during the sobering aftermath after World War II. 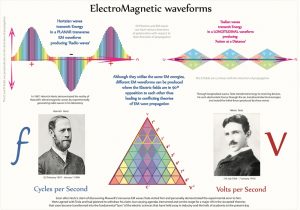 Massive positive energies can also accumulate and spread through a country. A good example of this process was during the Revolutionary war, when America beat a superior British adversary. All David versus Goliath stories use similar scalar dynamics to accomplish remarkable victories. It’s important that everyone understand the physics of emotional energy so scalar energy is not used negatively. I will talk about how negativity moves between people and the power of negative scalar waves in How Energy Moves Between People (Part II).

Go to Part 2 in the series