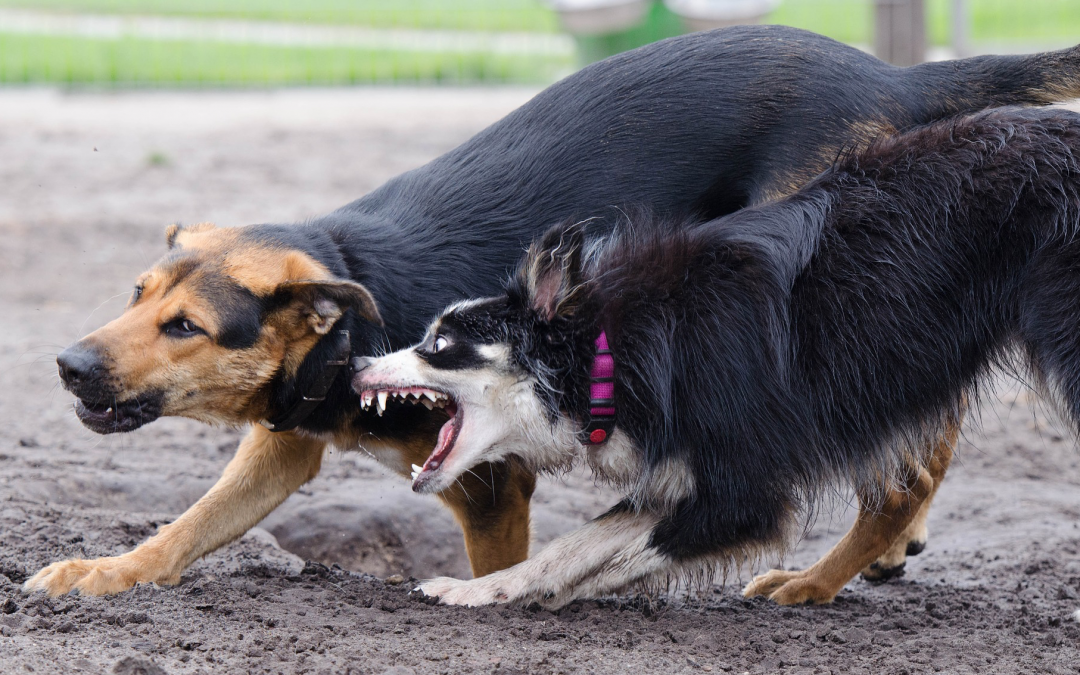 In Part I of this article I mentioned that scalar waves require two points to initiate their creation, a sender and a receiver. A healing energy wave initially starts to ramp up internally as a focused intentional frequency in the sender. When it’s matched by the desire of the receiver to heal, the second point is created and a scalar wave begins. This is how the positive scalar multiplier works. Dark intentions create negative scalar events in the following ways.

Projecting negativity onto another is not a benign activity. Rage filled intention, if held for enough time, produces an energetic negative projectile that enters the recipient’s field. Imagine a knife embedding itself into the target’s emotional field that mimics a form of cancer. Depending how aware the target is as an individual, they will also get infected with anger and return the favor like the dog pictured above. Targets often will not know why they become so negatively focused on the sender, which may deepen the infection from the sender’s anger. People, who recycle anger willingly and embrace their victim status wholeheartedly, will develop internal negative scalar waves.

Now, let’s explore the cancer analogy more fully, which on the lighter side is just misinformation. When a focused negative projectile delivers its message of hate or anger, it acts like an infecting virus that injects a destructive directive. Our cells or affected body parts may forget their healthy nature and begin to embody or believe what the sender programmed within the virus. If the targeted individual already had dormant cancer cells (illusions) based on a similar negative self-talk, they will activate and magnify the sender’s misinformation. 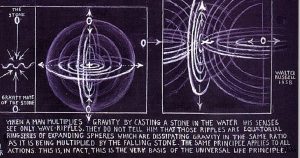 The life principle that Water Russell refers in the diagram to the right can illustrate how the universe provides mirrors to our unconscious creations. In the East, this phenomenon is called karma and in the West ‘cause and effect.’  When we recycle repetitive negative thoughts, focus our anger on others and/or project rage at others, our dark intentions will affect both sender and receiver. Often times a soul lesson is involved when a long history of viral infections and dissociated, misguided messages inundate an individual. The universe will always mirror our illusions back to us so we can witness, then heal darkness. Perhaps this is why the phrase, “Anger begets anger,” continues to have meaning over the millennia.

Wisdom and pain are powerful teachers. Scalar waves will inflame wisdom or pain. Unfortunately, most of us learn the most through pain. Depending upon the maturity, emotional intelligence, positive energy and immune system built up by a healthy individual, the recipient of negativity can beat off any virus and not succumb to it. Unfortunately, many of our ancestors were infected with anger and/or hatred and became virus carriers through endless wars, ethnic cleansing and partisan politics. Our challenge is to remember our divine origins and reject illusions that metastasize cancerous misinformation.

Dark thoughts are magnets that bring more negative, scalar energy to come our way to help us address illusion and walk in our truth. Negative scalar cycles fuel all ancestral grudges, ancient hatreds and ethnic wars as well as genocide. Even chronic conflicts in the Middle East, Asia and around the world are fueled by similar scalar phenomenon.

Victims often feel controlled and may fixate and on the errors of others, the crimes they committed as a form of retaliation. This anchors in the second point of the scalar energy principle, which produces spectacular negative results. This process also explains why “crybabies, wimps and victims” are so powerful at attracting negativity onto themselves. This is how we co-create our reality so we can learn about our illusions and create more enlightened outcomes.

Every victim comment and self-predictive whine about how nothing ever works operates like a siren to the universe asking for the mirror of truth to manifest the reality we complain about. This scalar process was originally designed to powerfully aid us in our creations for positive goals. Unfortunately for the unconscious creators, it is just as effective with anger, hatred and negativity in its’ manifestation powers. 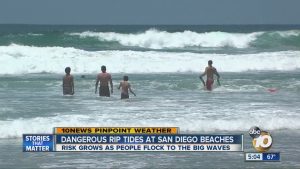 Please consider these facts. Everyone who has been affected by scalar energy knows its power. Who hasn’t been sweep away with anger like a rip tide in the ocean? Don’t fight the anger with anger. It just pulls us further out into the sea of negativity. Swim at a 90-degree angle to find peace and harmony. The harbor of safety and smooth water will appear just like the lifeguards advise us to do in any rip tide

Go to Part 1 in the series