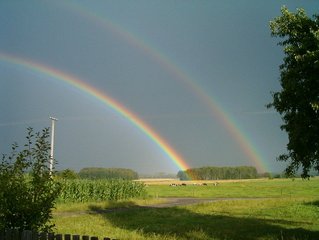 When people embody second level consciousness, peace descends upon everyone like a gentle rain soaking a garden on a beautiful day. Men and women begin to love themselves and others in ways only lovers and intimate family members experienced in level one. The main difference between the two levels is the expansion of love for all creation that evolves and expands.

People begin to realize that we are all one and are connected together in the web of life. Every aspect of creation is viewed as an integral part of the collective, which some call divinity. An understanding would take hold that no one is separate or worthy of pain and suffering. People feel their own pain at this level but they also feel another’s pain as their own. They would sense it was his or her responsibility to help others recover from their plight.

Men and women take responsibility for their creations when they reach this level of consciousness. While no one perfectly understands very nuance of responsibility from the deepest sources in the second level, there is a dedication and intention to do so. Laws and societal norms would organize themselves around principles based upon the collective good for all people.

The intention to understand, embrace different attitudes and ways of being are openly discussed, encouraged and welcomed. Tolerance for differences is enhanced in this level. Dedication to principles and ideals that are spiritual in nature also increase. People pray together as large groups and as a planet, when they realize the true power of collective intention has upon the manifestation of their reality.

The ability to truly understand that everyone is a divine creator really begins to take hold. The whole planet would begin to work as one to share resources, love and joy collectively. The conflict and fighting between one another so prevalent on level one would begin to look like immature siblings squabbling in a car compared to conscious parents driving the car with a second level perspective.

Nature abhors a vacuum, so all of our unconscious attitudes and behaviors fill our emotional and primal voids in our awareness. When one has truly arrived in the second level, men and women know that these unconscious energies enter our life to be healed. When people are mired in the first level, everyone’s unconscious attitudes and impulsive behaviors become the law of the land and create the wild frontier madness and mayhem we currently must endure.

When second level consciousness takes hold, leaders begin to organize and set the tone that the gold standard for leadership is what is “best” for everyone. Laws for the people, countries and the planet in general are crafted with this principle thoroughly embedded in every activity. This loving directive, dedication to truth and willingness to take on any and all illusion is the hallmark of this level.

Illusion is the source of all conflict, competition and strife that forms the basis of first level thinking.  People need to develop their consciousness to the point that they see no difference between their life and the life of the lowest insect. When this can be accomplished, the sanctity of life is seen as a continuum of love in whatever forms it takes…even through death. Fear begins to loose its hold on the population as these expanded forms of awareness take hold. When fear looses its grip, anger diminishes within the people as a result. When these events occur love fills the vacuum and a true sense of “we” and “oneness” enters both the individual and collective.

Love is the most powerful force in the universe and will fill the empty places that loyalty and dangerousness previously occupied. Unfortunately, few people realize this when they are ensnared in first level thinking. There are many more levels of consciousness but this will give everyone a start as to where we are going as a people and as a planet during these tumultuous times. 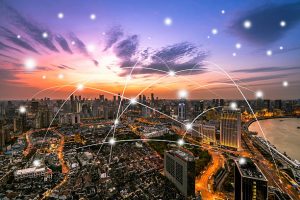 Our collective prayers for peace, love and harmony that have been expressed from our hearts for eons of time on our planet are being answered. It has taken up to now to begin to reach the collective frequency to truly move mountains and much more so that the new day can arrive. It will look dangerous at first and many will remain loyal to the old ideas that humans have been prone to embrace throughout time.

Change is in the air. Most everyone somehow senses that the time of first level consciousness is coming to a conclusion. It has served us well to this point but it is an old idea that is coming to an end. We are hungry for a change just like dogs caged for too long. Let’s welcome the changes that are occurring around the world at this time and resist first level thinking, which is so tempting.

The tide is coming and the days are numbered where fighting and pain rule this planet. Beautiful days are approaching where peace will rule in the hearts and minds of men and women on mother earth. We will become a shinning star in an army of loving, light-workers spreading the message of love, peace and harmony for all those who will listen.