Something Dies Inside When We Believe Our Lies 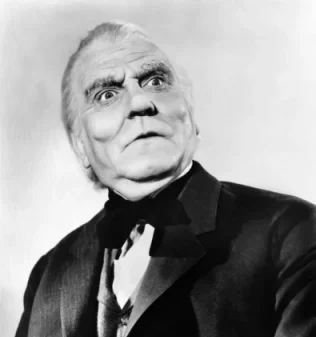 During dark times, transformation is needed. Changing minority rule to equal rights for all is daunting at times. Perhaps we can learn something about change from the Wizard of Oz himself after Toto pulled back the curtain. The background information about the wizard comes from Frank Buam’s original book.

Magicians, ventriloquists and illusionists have delighted audiences and enchanted people with deceptive tricks since antiquity. Deception is a form of fleeting power that is never sustainable. Plato said, “Everything that deceives may be said to enchant.”[i] Historically, the con artist type has little desire to make an “honest living,” and a traveling circus was one great way to use their manipulative skills to earn money. In The Wonderful Wizard of Oz, Oscar Zoroaster Phadrig Isaac Norman Henkle Emmannuel Ambroise Diggs was such a man. Born in the no-nonsense town of Omaha, Nebraska, with a tongue twister of a name, as a showman he needed one catchy name for his magic show. But abbreviating his name to O.Z.P.I.N.H.E.A.D. only invited snickers, so Oscar Zoroaster suddenly became “The Great and Powerful Oz,” someone perceived as invincible.

In the story of Oz, illusionists traveled from town to town in hot air balloons. When Oscar Zoroaster inadvertently landed in the faraway Land of Oz, fortune smiled upon this circus showman. Mistaking Oscar for a great sorcerer, the inhabitants of Oz made him the supreme ruler and built the Emerald City in his honor. Oscar received his wand not from merit but because people wanted a wizard. The citizens projected a collective illusion and vision onto Oscar to suit the wants and desires of the community. How could any illusionist with sticky fingers turn down such a seductive offer?

Munchkins idealize wizards like children idealize parents. Followers idealize leaders similarly. The weak project powers not possessed onto others to feel safe and secure—even if the other person may not actually possess that power. Adolescents abhor hypocrisy when they pull back the curtain and rail against parents and authority figures, who struggle with integrity issues. Dorothy and her companions went through a similar disappointing realization when Toto revealed Oscar as not a Great and All-Powerful Wizard.

Initially Oscar Zoroaster had a win/win situation: the citizens believed they had found a wizard, and Oscar got a comfy job with great benefits. Happy with his exalted position but frightened of being discovered as a fraud, Oscar protected his identity by becoming a recluse who never let his servants or anyone else see him. He also privately hired Glinda the Good to teach him conjuring skills and sorcery secrets to keep up the charade. Living as a recluse since social media and fake news had not been invented then, he tried to prevent the wicked witches from discovering his true identity. Skilled in the art of smoke and mirrors, Oscar created the great and all-powerful shape-shifter persona to give the people what they wanted—a wizard, a lord, a guru, a supreme protective power. Maintaining his reputation with his subjects became Oscar’s priority because he risked losing everything if revealed as a fraud.

Something inside dies when we believe our lies. Illusion begets delusion—like that old adage that one lie leads to another. When Oscar became the wizard that others wanted him to be, a web of deception imprisoned him. As a self-imposed recluse, he hid behind curtains of fear and manipulated Dorothy and her companions to do his dirty work. “Liquidating” the Wicked Witch of the West secured his livelihood. Portraying the archetype of a corrupt politician, the wizard may have started off with a hint of noble intentions. In the process of securing power, the showman surrendered his integrity.

Oscar accidentally gained power, but, like the classic cliché, he sold his soul to get it. This story offers a timeless example about the illusion of power, where principles become negotiable if the end justifies the means. However, just like Dorothy and the rest of humanity, Oscar also already had everything he needed all along.

Wizards do not frequent my office very often, but if Oscar did, I would help him figure out what happened or was missing that started the delusion that he must have an alter ego to feel whole. A discussion about his higher, emotional and reptilian brains would ensue to examine if maintaining his “Great and All-Powerful Wizard of Oz” persona originated from a thirst to dominate others, or a personal paradigm based upon previous trauma. Every unexamined unconscious personality aspect recycling an infant, child or adolescent stress response, which refuses to accept and/ or appreciate who Oscar really was or create policies ensuring equality for all, would be examined. 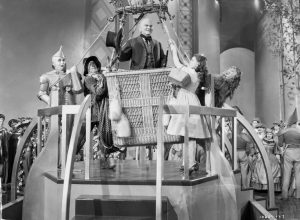 Idealistically, leaders serve all the people rather than manipulating the citizenry to serve the ruler, the minority seeking power and/or that ruler’s personal noble cause. When Toto unveiled his deception, Oscar took responsibility for his actions and offered sage advice to Dorothy and her companions before abdicating his title of Supreme Ruler of Oz. Oscar acted like the wizard everyone thought he was when his self-imposed enchantments shattered. Admitting his flaws freed up the wizard within that he really was. Compliments would be given to Oscar for having the courage to admit his mistakes and make amends when he helped Dorothy reach her destiny. By abdicating his throne and promoting the Scarecrow, Oscar unified his kingdom and his decisions enriched the whole. Honesty, generosity and wisdom flourished after he was humbled. Oscar redeemed himself whenhe valiantly renounced his throne to the Scarecrow, bravely fired up his balloon to bring Dorothy home and offered her companions the following eternal wisdom, “…and remember my sentimental friend that a heart is not judged by how much you love, but by how much you are loved by others.”[ii]