The Tin Man: On Heart Connection and Suffering 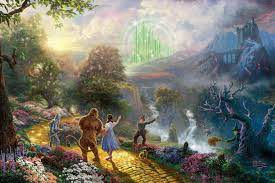 In the original book, The Wonderful Wizard of Oz before the terrifying flying monkeys took flight, Nick Chopper, the woodsman later called the Tin Man, fell in love with a humble maidservant from Munchkin Country named Nimmie Amee. When she returned his affections, Nick happily went off into the woods and began chopping down trees for their future home. Nimmie’s lazy employer heard about their plans and began plotting to keep her maidservant in her employ. The woman bribed the Wicked Witch of the West, who enchanted the woodman’s axe to prevent Nick Chopper from marrying his sweetheart.

The witch’s spell worked perfectly. Each time Nick felt love in his heart for Nimmie, he lost focus and his axe would slip and chop off one of his arms or legs—eventually he lost his whole body. Unaware of the spell, Nick hired the local tinsmith to replace his missing body parts with prosthetic limbs and organs made out of tin. Nick persevered and returned to the forest, chopped wood and continued to create a home for the love of his life. Grief stricken, one day Nick Chopper succumbed to his mounting losses and completed the spell when his tears rusted his iron joints shut. Locals called him the Tin Man and for a year he remained frozen in the woods with plenty of time to think. Since his love for Nimmie had waned during his long ordeal, Nick assumed the tinsmith had failed to replace his heart. Once Nick lost his love, one could say he became a Tin Man frozen in thought until Dorothy Gale found him and provided hope, love and kindness. When Dorothy arrived with the Scarecrow, her gentle heart, empathy and generous oilcan freed Nick to start his journey to heal his heart. Eternally grateful for their help, Nick’s core values returned and he became a loyal companion.

It was a terrible thing to undergo, but during the year I stood there, I had time to think that the greatest loss I had known was the loss of my heart. While I was in love I was the happiest man on earth; but no one can love who has not a heart, and so I am resolved to ask Oz to give me one. — The Tin Woodsman[i]

In the tradition of the philosophers, Dorothy, the Scarecrow and the Tin Man debated the relative benefits and liabilities of having a heart versus brain, without a conclusion—similar to our philosophical debates that continue to this day. However, the Tin Man’s heart remained incorruptible even though he thought his heart was lost. Fortunately for the Tin Man, the deluge of attacks failed to deter him because the tin, which replaced his skin after prior trauma, protected him. A very emotional man, he cried often, and Dorothy always oiled his joints when his tears rusted them shut. At the conclusion of the book, the wizard awarded the Tin Man with what modern doctors would call a placebo; a velvet heart filled with sawdust. But as we know, he had a heart all along, which was aptly demonstrated by his sensitive and loving nature. 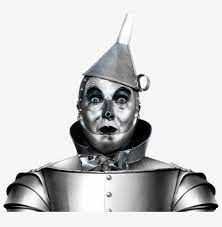 The Tin Man offers us a fairy tale example of how our heart connection wavers when we mourn our beloved or experience significant losses. Dorothy Gale’s oilcan symbolizes the love and empathy we all need until we re-open our heart to love after being victimized. This secret elixir produced from the reflective mirrors of love is easily seen by imagining a child scraping his knee and running to his mother in tears. When mother compassionately and lovingly holds him, the child remembers he is loved, the pain diminishes and tears dry as love facilitates healing. At one time or another our heart will break, just like the Tin Man’s, and love gets it going again.

Another mother may go on crusade on behalf of all children with scraped knees to punish a group of people or someone she blames for her child’s suffering. Heartfelt passion, a loving intention or an empathic connection can trigger an appropriate protection or an immature stress response that can motivate a person, clan or country to demand retribution or revenge. Twisted activism based upon retaliation and/or corrupted protection, can grow from a victim’s misfortune to a corrupted solution, which creates perpetrators, terrorists and even martyrs.

Good intentions, unconscious emotions and unexamined motivations can twist a hardwired reptilian need for security into a heat-seeking need for scapegoats and victims. Knowing when to stand our ground, hold someone accountable or accept adversity with equanimity is often a mystery. Others, like the lazy employer and the Wicked Witch of the West terrorize while others are victimized like Nimmie Amee and Nick Copper. However in this fairy tale, love healed the Tin Man’s heart and provided seeds to an enlightened solution to the victim/perpetrator paradigm.

Similar to how the road to hell is paved with positive intentions, perpetrators and victims recycle corrupted solutions. Justified retaliation, retribution and righteous indignation are timeless catalysts, which have fueled human conflict from primeval times to modern day. Now, we see what terrorizes humans around the world virtually the instant it occurs, and the victim/perpetrator paradigm has grown into a purifying epidemic of epic proportions. The global suffering has fueled the ponderous illusion that we must push back. Paying back the evil villain as a noble endeavor never seems to fall out of style.

That said, both the lazy, wealthy woman and the Wicked Witch of the West had to close off their hearts to lose the ability to empathize or sympathize with another person’s suffering to accomplish their hedonistic goals. The employer’s indifference to Nick and Nimmie’s agony in order to serve her personal agenda resembles the calculated tactics used by perpetrators, including terrorists…past or present. To a corrupted heart, the pain of others is a small price to pay for hedonistic pleasure or actualizing a political agenda. When a victimized world leader or a martyr has a corrupted heart, they can make believable claims about “divine retribution.” Good intentions to end suffering and corrupted solutions are what justifies and rationalizes murder for the “greater good.”

Infant, child and adolescent stress responses are attracted to quick fixes and fail to consider long-term ramifications.Chronic suffering and unconscious anger want immediate results. In frustration people abandon their values and principles when loving solutions seem to fail and feel time-consuming. The intention to stop a perceived perpetrator often feels good and noble, even though their impulsive solution may terrorize innocents. What is often misunderstood is that terrorism is a form of love, but it is love in a corrupted form that chops off our heart connection like a heartless, enchanted axe.

THE NEVER-ENDING STORY OF SUFFERING

Now I know I’ve got a heart because it is breaking.—The Tin Man[iii]

Society often believes criminals, terrorists and, in our fairy tales witches are born wicked. But I have seen firsthand in my practice that these people usually were victims themselves before they began to victimize. Clans and communities create cultural storylines of “us versus them,” which the form of illusion corrupts, transforming people into adversaries to overcome. Some people transcend trauma while others unfortunately recycle the modeled templates of abuse and neglect they previously experienced.

Suffering can, like it did with the Tin Man, increase our sensitivity and empathy. Dissociation and addictive behaviors can numb pain temporarily but eventually creates more suffering over time. Blaming friends, family and adversaries for causing our troubles is simply a dysfunctional stress response, which momentarily pushes pain onto scapegoats. Truthfully told, victimization can induce self-destructive tendencies or payback fantasies. Self-love, social-awareness, personal responsibility and willingness to look behind the curtain concealing our illusions ensure our connection to humanity and divinity. The angst from victimization never separated the Tin Man from his divine essence. During his year frozen in thought, he never lost his principles, while everything he once perceived as loving, good and beautiful faded. Trauma may create a terrorist, but resisting illusion and maintaining values during a purification challenge is transcendence.

In Oz, the Tin Man’s trauma ultimately led to his destiny—Nick discovered his uncorrupted heart. When trauma strips away our identity, incorruptibility leads us to our destiny. Mastering this purification process leads to transcendence.We do not need to see the wizard (a perceived god or holy man) or tinsmith (a therapist or healer) to heal our heart. When we are secure, self-aware and take responsibility for our responses to a tragedy, we can heal and be mindful like the Tin Man. After his tragedy, he walked very carefully, with his eyes on the road, and when he saw a tiny ant toiling by he would step over it, so as not to harm it. The Tin Woodman thought he had no heart, so he never was cruel or unkind to others. “You people with hearts,” he said, “have something to guide you, and need never do wrong; but I have no heart, and so I must be very careful. When Oz gives me a heart of course I needn’t mind so much.”[ii] 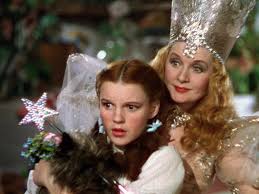 Dorothy and her companions were relatable characters who achieved liberation, however Glinda’s storyline is critical in regards to the purification process associated with sovereignty. An empowered witch, she had the power to stop the tragedy but she chose to witness, embody love and let everyone solve their own problems. As Dorothy Gale and her companions solved their problems themselves, they became stronger and eventually resisted the Wicked Witch’s enchantments without a wizard.

Mastering illusion is empowering and leads to transformation, incorruptibility and transcendence. Disempowered people resort to control like the Wicked Witch of the West and unfortunately, produce more of the terror that lies dormant within their heart. Is it possible that Baum used the character of Glinda to demonstrate how principles and values, when woven into the fabric of our body and soul, instilled incorruptibility? Did Glinda honor the Tin Man and resist the urge to rescue, which allowed the Tin Man to rediscover the good in his heart on his own?

Would it have been nobler of Glinda to prevent wrongdoings or punish the evildoers? Or did she already know terror begets terror? Why does evil exist and why does the divine, who has the power to intervene, not rescue humanity? Perhaps personal growth of an incorruptible heart is what Baum wanted readers to consider. This article is from my book, The Promise of Wholeness, Rowland & Littlefield Publishers.