The Victim/Perpetrator Paradigm and Terrorism 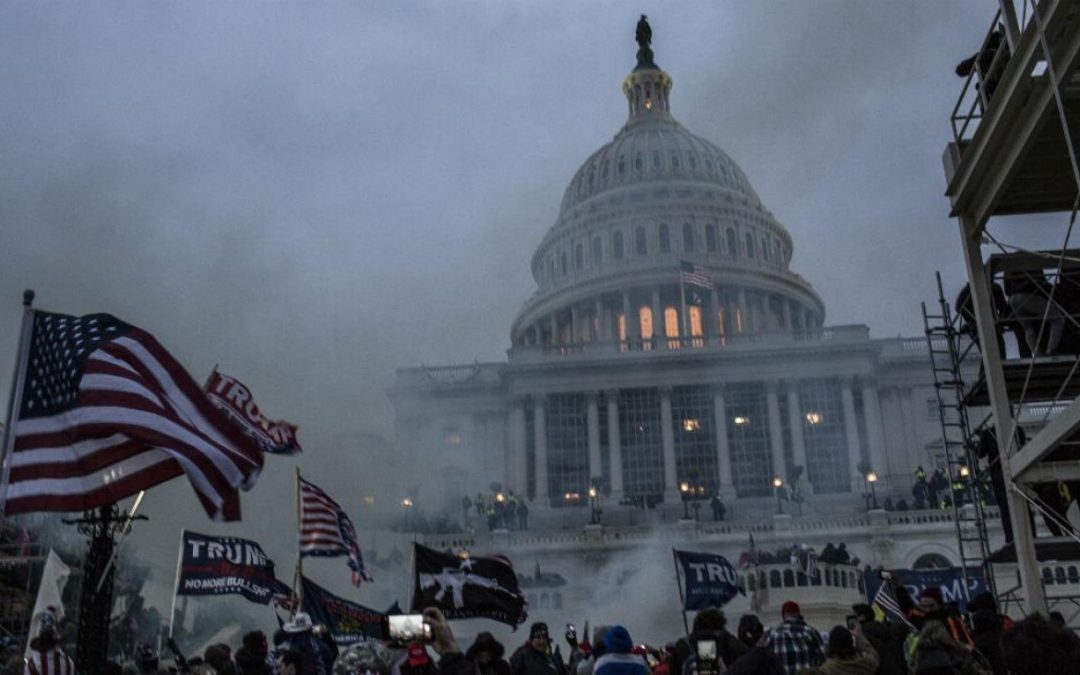 The tragic events in Washington DC on 1-6-21 inspired this article about Terrorism and its nasty co-conspirator…The Victim/Perpetrator Paradigm. Like the Bubonic plague in the Middle Ages and our current pandemic…they offer endless opportunities for suffering. Projective rage that festers due to political, racial and economic mistreatment have always been an aspect of the human condition. Corrupt leaders mislead the gullible. People dissociate from both…reality and trauma. Blamers look for victims. And perpetrators judge, punish and try to make others fear for their life. Perpetrators force gut checks and their victims are challenged to answer the following questions:

Students of history know that the terror tactics of one group often elicits similar responses from its recipients (i.e. Middle East). When eye for an eye philosophies rule, victims can become terrorists in return if they attack, control and become equally intolerant as a teaching tool for the perpetrating group. In order to fight fire with fire they often dissociate from their own projective rage and may also engage in inhumane actions towards their neighbor. When this occurs, the original perpetrators often claim they were victimized to recruit more terrorists on their team. Like the childhood game, tag where everyone takes turns being it, terror tactics act spread like a virus or the flu, and often gets deadly…like Covid-19. On 1-6-21 social media went viral and corrupt leaders coughed on a mask-less crowd, they unleashed terror and opened the door to the victim/perpetrator paradigm. 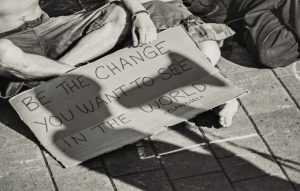 On the other hand, when someone faces terrorism with love, gentleness and forgiveness, they are as seen as wimps. Every spiritual master that terrorists supposedly represent tried to teach humanity to address problems with equanimity, loving intent and matching behavior. Unfortunately, throughout human history unconsciousness people have killed most of the enlightened leaders and spiritual masters that try to teach us to love our neighbor as our self. Powerful teachers often shine a light so bright that the darkest instincts of every man, woman and child immediately get flushed out for everyone to see. The challenge before each and every one of us is to take responsibility for our fears.

Unconscious people lash out and project their issues onto others. Killing a peaceful, spiritual master makes a martyr out of them, which gets their message out in such a way that helps and hurts everyone around them. Martyrdom makes them more famous and attracts more people to their teachings. The problem occurs when people link their death and suffering as something good, OK and sanctioned by the divine. It is never OK to kill or be killed as a teaching tool. No one ever needs to die for their mistakes or is rewarded in the afterlife for acts of violence and cruelty.

We see some of the participants in the Washington DC consider themselves martyrs for a righteous cause. They believe they are doing it out of love, commitment to a cause and true loyalty. This is why martyrdom is such an insidious problem. The problem lies in the fact that terrorist acts are committed in the name of love. Anyone who uses pain, fear and death to achieve a goal is infected with significant illusion. Martyrdom is a complex problem. People do it from a sincere commitment to their cause with loving intentions, which is commendable at one level. This is flawed logic at its core since imprisonment and/or suicide isn’t a loving act towards oneself. It also begs the question, ”Does the world need to be fixed or created from rejecting democratic principles, harming innocents and/or slaughtering innocent people?” “Or should people offer their lives hoping that a compassionate God would want to stop the carnage or smile upon a group of people that intentionally harmed others or themselves?”

Terrorism demonstrates a fundamental lack of knowledge that we are all one. The act of harming anyone or oneself violates a core spiritual principle within every major religion. Acts of terrorism always represent people who are mired in the clutches of hatred filled projections of rage and righteous indignation. What about victims of terror who choose to live a positive life and refuse to be seduced into retaliatory terrorist attacks or martyrdom in return? They are beacons of divine light even though they may look too humble, meek and powerless in many people’s eyes. Power is a relative term. I invite you to consider the following questions.

Is it powerful to carry a gun and zip ties in your hand and poison in your heart?

Are you strong when your soul cries out in pain and your mind numbs all of its signals that you are dying inside?

Are retaliatory acts in response to terror more acceptable than the initial ones that started it all? 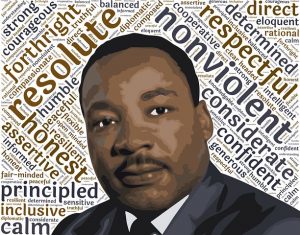 The following information about The Victim/Perpetrator Paradigm and how to stop it comes from my book, The Promise of Wholeness: Cultivating Inner Peace, Mindfulness and Love in a Divided World (Rowland &Littlefield Pub.) You can purchase it at rowman.com or Amazon.

Victimization heals with love and compassion. When retaliation and revenge becomes our primary motivation, avictim/perpetrator paradigm can develop. In this reciprocal relationship victims can be compared to a catcher behind the plate in baseball, while perpetrators are pitchers. Each is convinced he or she is engaging in a solitary activity, but the catcher fails to realize how he throws the ball back to the pitcher to continue the game. This timeless dynamic allows the tragic drama of pitch and catch to endlessly recycle. Self-soothing pity-parties of helplessness, finger-pointing hopelessness and rage-filledretaliatory fantasies are the types of things keeping the ball in play. Victims tend to believe compensation is due for the pain endured. Society trains many of us to want retribution, feel it is our privilege to retaliate and believe we are entitled to do so because we have endured so much suffering. The seduction deepens when people take comfort in the pain and sympathy their story garners. Trouble occurs when we embrace our suffering to soothe our internal wounds. This gives us permission to disassociate from violent urges to retaliate against the perpetrator without examining our self-sabotaging behavior.

Under stress a blamer blames others for what occurs in his/her life. The blamer lacks self-awareness or necessary self-discipline to self-examine. This failure to become self-responsible combined with a dysfunctional primary love template of internalized pain and/or dissociated rage can lead to a victim/perpetrator paradigm. Those claiming victim status and perpetrators hold opposite sides of a reciprocal pole within the victim/ perpetrator paradigm, since both struggle with personal responsibility and internal emotional honesty. Perpetrators and victims victimize themselves and each another while claiming innocence and blaming the other, which recycles the victim/perpetrator paradigm.

Pain provides information about our internal malfunction and reveals imbalances in our body, heart and mind. Others mirror these malfunctions to us so we can see the reflection of our conscious and unconscious primary love templates. If a bully decides to be cruel to another child for example, the form of illusion provides the idea and the opportunity for a perpetrator to experience cruel impulses and the possible enjoyment or internal relief from watching someone suffer. The pain that the bully imposes on his victim is a mirror for both the bully and victim. The bully may feel a twisted form of empowerment momentarily by copying a perpetrator that victimized them. A victim may imagine retribution will right wrongs by dreaming that bullies “get what they deserve” later. At the core, the bully and the victim are exactly the same—both dream of power. The victim/perpetrator paradigm provides opportunities for everyone to see their reflection in the mirrors of illusion. Whether in that moment we are the bully or the victim, mirrors are providedwith the strength and power necessary to get our attention so that we can see our twisted dream or cruel reflection and eventually find where love exists.

Here are some additional considerations within the victim/ perpetrator paradigm:

The victim/perpetrator paradigm occurs because perpetrators are usually disconnected from internal wounds within their own hearts, which makes any objective form of self-examination extremely difficult. Sometimes narcissism and entitlement primary love templates develop to mask emotional wounds, which blind us from realizing the harm we cause others. Unfortunately, on a bigger scale, recycled rage and love linked to pain is also the reason why the victim/perpetrator paradigm persists. Throughout human history, bullies, predators and abusers terrorize, while martyrs, saboteurs and those using other passive forms of rage tend to self-victimize. Children raised in these environments frequently link love with pain and abandon (self-sabotage or victimize) themselves in similar “invisible” ways just like the models witnessed from parents or abusers. This phenomenon is how cycles of abuse, victimization and self-sabotagehave proliferated and perpetuated themselves in both families and the larger society alike. Healing and releasing a dysfunctional primary love template that evolves into the victim/perpetrator paradigm requires passionate dedication.

A perpetrator parent, for example, will, as twisted as it may sound, get a sense of relief from witnessing a child’s experience of pain. The complexity of the victim/perpetrator paradigm is that the parent is usually disassociated from his or her own pain but experiences a sense of relief when someone else is suffering. When an individual or parent is emotionally cut off from their pain, that person often purges their unconscious rage through periodic violent episodes…frequently focused on loved ones. The result of unconscious rage within the family unit is that the emotional needs of the child are in effect “invisible” to the perpetrator/parent. Children will tend to re-victimize self or perpetrate against others if their unconscious primary love template persists.

Primary love templates recycle until we become conscious and create a new path. Twisted over the millennia, thisparadigm has mutated into the insidious virus we commonly call terrorism. Terrorism, in all of its forms, is a pandemic that we have yet to develop an appropriate response to as we just witnessed in Washington DC.

When Albert Einstein said, “Energy cannot be created or destroyed, it can only be changed from one form to another,” he probably knew that his brilliant observation also applied to emotion. Thus, emotional trauma can be transformed into love in a productive manner or a pernicious victim/perpetrator paradigm. Paradoxically, I have come to realize the baffling truth, through the examples of my clients, that untreated internal rage actually calms down when an unconscious individual witnesses someone else suffer. Maybe the Romans created the gladiator games for this reason. Deriving satisfaction from the suffering of another has been part of every culture throughout the world since the beginning of time. Who hasn’t felt compelled to watch another’s tragedy? As long as humans remain unconscious to primary love templates that link love to pain, repetitive cycles of violence, bullying, murder or abuse will occur and reoccur in families and society.

Our encrypted primary love templates and victim/perpetrator paradigms of neglect or abuse we inadvertently recycle are our responsibility to resolve. Reviewing and addressing every dysfunctional pattern recycling our suffering is a good practice and requires self- realization. It can be daunting to deal with victim and perpetrator tendencies on our own. Pleaseseek assistance if you run into trouble, because brutal self-knowledge is critical to untangling dysfunctional patterns and templates. Facing negative patterns on your own can be overwhelming.

Pleasure and true joy disappears when terror reigns. Righteous indignation is not a happy emotion. People attempting to be instruments of frontier justice just create more suffering. Vengeful Gods, unruly mobs and self-centered politicians are no picnic. Allow yourself a chance to live a good life by embracing whatever love and joy you may find. At least then you will have control of your heart and soul. The heart dies a thousand deaths when it is a servant of terror. It is better to die on love’s alter than embrace terror or the victim/perpetrator paradigm. It is always important to remember…we are all one. Love is like water, it seeks low places so all the boats float. 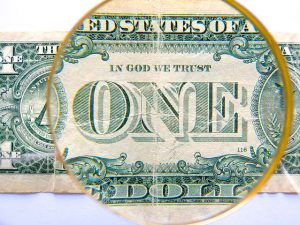