The Epic of Gilgamesh: Lessons about Leadership and Transformation Gilgamesh and Huwawa is a four thousand year old Sumerian epic that teaches us about heroism and the wisdom evil can birth. Universal and timeless, it’s a story about the importance of moderation and the eternal tension between our lower nature and mature self-awareness. Chiseled into Mesopotamian clay, this mythological poem offers insights about narcissistic impulses, emotional growth and eventually, spiritual transformation.

Gilgamesh was a powerful demigod, ruler who was quite immature in his youth. He fought constantly and fed his arrogance by thoroughly dominating others. Initially, when Gilgamesh was in a position of leadership over the ancient city of Uruk, he did just about everything wrong. He killed the divinely protected environmental guardian, ransacked the precious Cedar Forest, insulted the goddess of love and slayed a mighty bull deity. He found the key to eternal youth but quickly lost it to a snake, who started shedding it’s skin immediately afterwards. Eventually, he consulted with Siduri (the goddess of beer), who suggested he stop trying to extend his life and enjoy life’s simple pleasures.

Prior to meeting a human remotely his equal, Gilgamesh indulged his insatiable appetites and sought immortality. When he finally met his match in a man named Enikidu, who was deeply in touch with his instinctive, emotional nature, Gilgamesh tried to subdue him but failed. They eventually became close friends, worked together as a team and learned about the love that grows from the companionship of equals. Facing fear, death and the terrors of war together deepened their bonds throughout this classic epic. Intuition, instinct and even dreams guided Gilgamesh and Enikidu on their heroic quests.

During his misguided efforts to find fame and immortality, he eventually found love with his companion, Enkidu and developed a deeper understanding of heart connection and the importance of his global community. However, both were young and still immature, fame from conquering a terrifying demon-god named Huwawa became their ultimate goal. The embodiment of evil and guile, Huwawa begged for mercy after his defeat. Gilgamesh wavered but killed the beast after consulting with Enikidu. Both were enflamed with hubris immediately afterwards, but Enikidu became ill upon their return home and eventually perished.

Prior to his friend’s death Gilgamesh thought he was immortal. Humbled, he eventually recognized his human fate. Grief provided the opportunity for him to grow and master his interior demons. When he considered himself unique and superior to everyone, he was prideful. Gilgamesh eventually recognized that the evil and terror he tried to conquer in others were merely mirrors of his own reflection. Eventually from Huwawa’s spilled blood, empathy, love and the importance of human connection matured like cedar trees within Gilgamesh’s heart. Lessons learned about companionship, community and camaraderie from his time with Enikidu became the nurturing soil that matured his heart. Ultimately, the spiritual wisdom gleaned from his mistakes completed his transformation.

Gilgamesh terrorized others in his youth, healed his heart and spiritually transformed during this epic. He discovered he was never alone while he was in the company of friends. It’s a beautiful story of transformation and the acute awareness birthed from suffering. Gilgamesh ultimately realized love is connection and the secret of immortality is interconnection to all that is. The Iranian philosopher, Omar Khayyam (1048-1131) summarized his timeless lesson in the following way:

“Make the most of what yet may spend. Before we too into the Dust descend.” 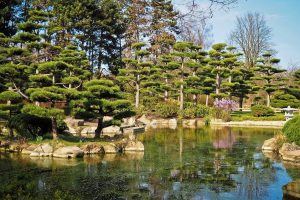 Gilgamesh during his legendary journeys and heroic battles with deities and monsters found, lost and eventually discovered the secret to eternal youth. Despite the mythic nature of the story, Gilgamesh remains a very human character. He is narcissistic, has heartbreaks and experiences the same limitations and simple pleasures that every one of us does. During his epic journeys Gilgamesh explores the nature and meaning of being human. Like all philosophers he asks…What is love? Why is life so short? How to deal with loss? What is the meaning of life? And, am I doing it right?

The story of Gilgamesh is revered mythological epic in the Middle East and has lessons about leadership and mistakes that provide the keys to transformation. In the Eastern wisdom tradition darkness and light lie on a continuum. Sometimes darkness and loss can look like it is winning only to slingshot us to an enlightened way of being as Gilgamesh learned. Similarly, Germany, Italy and Japan transformed exponentially since the mistakes their leaders made during WWII.

Wisdom and pain are powerful teachers. When wisdom is lacking, pain rushes in to complete our education. Our soul uses suffering like a carpenter uses sandpaper on wood to smooth out illusion. Pandemics force us to suffer or find wise, loving solutions. Maintaining the illusion, we are immortal and immune from destruction like Gilgamesh did in his youth isn’t sustainable. Old habits are hard to change. Many of us need to be brought to our knees before real change is considered.

Today, United States is in the midst of a global pandemic. Many of our leaders are acting like a youthful Gilgamesh. Our Covid-19 death rates, unemployment figures and incoherent national response to multiple crises are not sustainable solutions. In the past few years, aspects of what many in United States think are foundational qualities and trustworthy institutions of our country have suffered. Like phoenixes rising out of our despair, the Me Too Movement, Black Lives Matter, LBGTQ support and a national cry for a science-based pandemic response have exploded in America. Unites States as a whole is changing and remembering we live in a global community. Change is in the air and pain happens to be America’s primary teacher. Death and loss brings everyone to his or her knees before real change occurs. Now, many more of our leaders are opening their eyes to see what works around the world. Like Gilgamesh, America may learn that heart connection and the importance of a global community where every life matters will eventually become our new normal.

“How long does a building stand before it falls?

How long does a contract last?

How long will brothers share the inheritance before they quarrel?

How long does hatred, for that matter, last?

Time after time the river has risen and flooded.

The insect leaves the cocoon to live but a minute.

How long is the eye able to look at the sun?

From the very beginning nothing at all has lasted.”

― David Ferry, The Epic of Gilgamesh 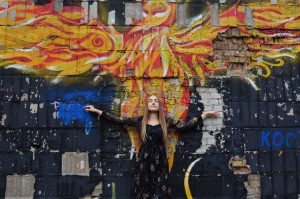