You Can Disagree Without Being Disagreeable 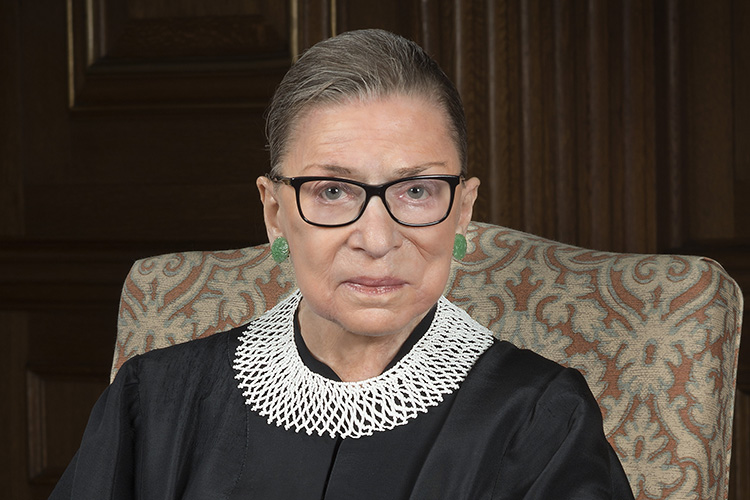 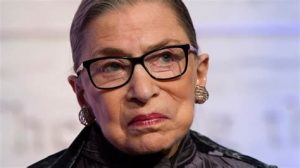 America will be mourning the passing of the legendary Chief Justice Ruth Bader Ginsburg, who spent her life championing equal rights for all for a long time. The title of this article is a quote of hers. Throughout her lifetime Ruth Bader Ginsberg fought for democracy, justice and gender equality. As mourners sang Kaddish prayers on the steps of the Supreme Court, politicians found a replacement with their conservative agenda against her dying wish. It’s hard not to feel hatred, bitterness and despair in response to their naked, blatant hypocrisy. In 2016 Republication senators refused to vote on a Supreme Court nominee, when Justice Scalia died unexpectedly. They claimed the next president should make that decision even though it was nine months before the upcoming election.

The traditional Jewish response to a death is Baruch Dayan HaEmet, which translates to “Blessed is the true judge.” When someone dies on Rosh Hashanah as she did, this person is a tzaddik, a person of great righteousness. So how do we respond when Ruth Bader Ginsburg said, “reacting in anger or annoyance will not advance one’s ability to persuade.”

During challenging times like we are experiencing during this pandemic and political upheaval…negativity, feeling victimized and fantasizing about retaliation feels natural. Protestors on the streets believe activism will lead America to a path to redemption, peace and prosperity. Pointing aggressive fingers towards others feels natural and provides temporary relief. Unfortunately, it never quite works that way in the long run. Ruth Bader Ginsberg dissented with her scathing intellect with moderation and respect. When she found herself in the minority she focused her energies upon influencing the future. This article explores the problems associated with hatred, bitterness and despair.

Focused negative intent to cause harm leads to hatred. It is the product of a dark, negative cycle of repetitive anger that is churned, marinated and fermented into a paste, which is toxic and poisonous to everyone it touches. Of course the receiver becomes embroiled into a firestorm of destructive energy but the real, significant damage comes from hatred and it’s long-term effects that clogs the heart of the emotional sender. One must marinate negative thoughts and focus one’s anger for months and years to let it ferment into hatred. It will seep into the pores of the infected individual and operates on the cellular level.

Hatred instructs and informs every cell in our body we are at war. Life and death survival instincts and adrenal glands take over our fight or flight response in relation to the object, person or people of our focused hatred. Bitterness is a descriptive word for focused hatred that has become brittle with age. Rage is it’s active form and despair is it’s passive form. Everyone has their natural preferences to express hatred but it is a passion killer for life and joy for sure.

Why do people hate one another? How is it that so many ethnic and political groups partake in this bitter drink and pass it off to their offspring? Many people call it fate in their defense, but they would learn that they were lying to themselves if they took responsibility for their actions. Hatred is a misguided concept that many immature communities and political groups engage in to help bind and cement clans together. They think they can achieve productive goals by developing a sense of identity and mission based upon a “we versus them” mentality.

Some nationalities and ethnic groups mistakenly think that to honor their ancestors, they need to right the wrongs from the past by fueling hatred in themselves, cultivating it in their children and acting it out in present time. Partisan purity helps create unity, purpose and a mission for their clan and people. Unfortunately, hatred, bitterness and despair are the most negative emotions on the planet, which fosters pain and suffering for everyone who traffics it.

This is the reason why some ethnic groups have such a long history of a perpetrator/victim cycle legacy attached to their identity. It gives them a purpose forged in hell, which allows them to co-create it with other groups locked in the same crazy cycle within themselves. Many times soul-groups incarnate just to experience perpetual hatred this way so that they can learn to master the illusions this chronic anger cycle offers everyone. Now United States is caging immigrant children, building a border wall and fighting about Confederate Statues of those who fought for slavery. The 17-year old from Illinois, who gunned down three peaceful marchers with an automatic weapon in Kenosha, Wisconsin has collected over 2 million dollars for his criminal defense from people that are easy to judge.

Being a Jewish mother and a lawyer, Ruth Bader Ginsburg couldn’t get a job in any firm in New York even though she was valedictorian of her Columbia Law School. She believed anger, resentment, envy and self-pity were wasteful reactions. Ruth said, “They greatly drain one’s time. They sap energy better devoted to productive endeavors.” Her perspective about partisan politics follows:

“I wish there was a way I could wave a magic wand and put back when people were respectful of each other and the Congress was working for the good of the country and not just along party lines. Someday there will be great people, great elected representatives who will say, ‘enough of this nonsense, let’s be the kind of legislature the United States should have.’ I hope that day will come when I’m still alive.” —Stanford Law School, 2017 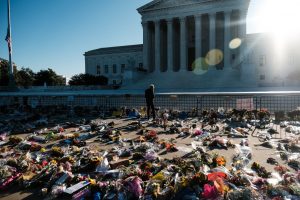 People paid their respects to Ruth Bader Ginsberg immediately after her death in front of the Supreme Court.

The trick Ruth learned early is to not engage in any behavior that cycles and churns anger like a hunter, who rotates a dead animal on a spit over a fire pit. The longer anyone cooks and turns the animal over the fire, the blacker and more charred it gets. Life doesn’t grow in these fires, only death and destruction. When negativity hits us, our family or our people, the challenge for all of us is to learn to bring light, love and consciousness to the problem. The following questions are useful to consider, when suffering comes to our door from the hands of others:

When we can ask ourselves these questions with clarity of purpose, a willingness to grow and follow through with positively intended solutions, a wonderful series of events occurs. On this topic Ruth Bader Ginsburg said:

The label ‘liberal’ or ‘conservative,’ any – every time I hear that, I think of the great Gilbert and Sullivan song from ‘Iolanthe.’ It goes, ‘Every gal and every boy that’s born alive is a little liberal or else a little conservative.’ What do those labels mean? It depends on whose ox is being gored.’

By taking responsibility for finding an enlightened response to any problem, the wheels of the universe begin to reverse and start to move in a positive direction. Our heart opens up to new possibilities. Our roasting, dead animal now can jump out of the fire, slide itself off the spit and start the process of healing and living again. Basking by the fires of hell fueled by our focused anger broadcasts a tone to the universe to bring hatred to our door. Everyone suffers when this monster is unleashed. It isn’t a friend, has no loyalty or picks sides. It knows only death, destruction and takes no prisoners unless it intends to torture us as long as possible.

Do not entertain hatred for it is a guest that will foul your nest, rape your soul and take your wealth. When it is running through your house or people, the solution requires the consciousness and the responsibility embodied in the old War on Drugs Dare motto which states, “Just say, No!” So help yourself by considering the following suggestions.

Pray for your enemy’s enlightenment. Lick your wounds as well as other’s wounds with love. It will help everyone heal faster. Bless the “heathen” for their ignorance gives us an opportunity to teach others and embody the qualities they lack. Show compassion and restraint when hatred is pointed in our direction. Love is stronger than any force in the universe, especially hatred. It feeds off our soul and erodes our connection to the light, happiness and joy we all deserve. Let hatred go.

“Blessed are the meek for they shall inherit the earth,” is not a prescription to be a milquetoast in the face of trouble. It is a recommendation to show compassion, strength of will and dedication to the loving truth of our inspired connection in the face of illusion’s temptation. Meekness in this form requires significant character to adhere to these qualities, when lashing out with hatred would be the easy thing to do.

The definition of meek in this context is expressed by the steel-will of a warrior whose will was tempered by the strong fires of love and wielded by a spiritual master. Meek defined in this manner is not for the faint of heart. It is far easier to succumb to blood feuds, vendettas and hatred to combat one’s suffering. It is only the weak of spirit that think it is strength to fight fire with fire and roast dead animals in their soul. The tragedy is even more profound when they call it bonding, tradition and loyalty as they infuse their children with the same pain.

So consider letting anger go. Resist the temptation to let it become a internal, hatred paste that acts like an acid burning within without relief. Come to the loving wells of forgiveness, healing and growth. Leave the battlefields of hatred, bitterness and despair. Hatred was the bitter fruit in the Garden of Eden. Love is the only fruit for any of us to eat in any circumstance to find sweetness in the universe. 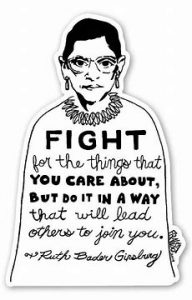